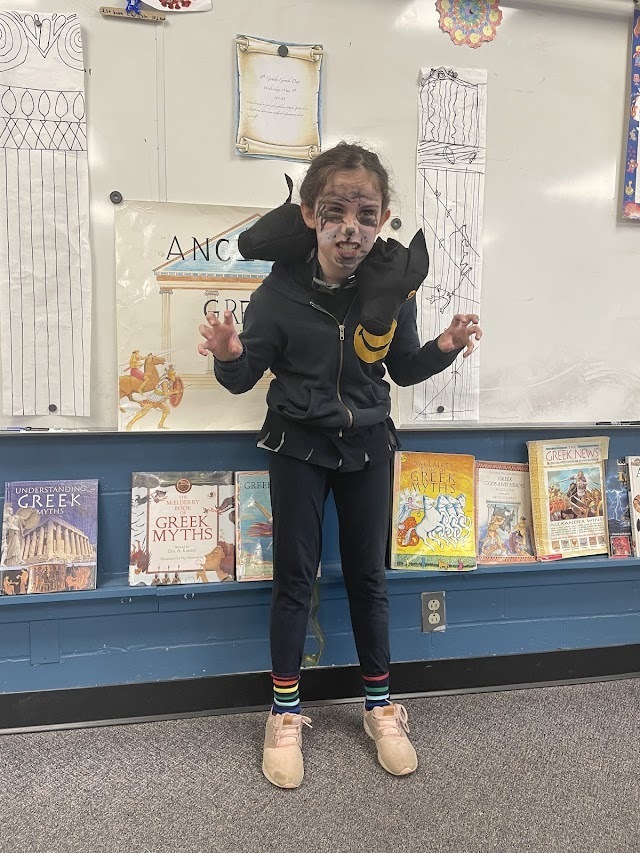 They called upon prior knowledge, selected a focus, did the research, wrote the biography, and performed among their peers.  The well-known fourth grade Greek mythology unit was nothing less than a success for the whole school.  After students presented biographies to their fellow gods, goddesses, titans, beast, nymphs, muses, sprites, and mortals, they paraded around the school wearing their costumes, consequently recalling fond memories for students who previous did this same unit.  Below are a few examples of their biographies. 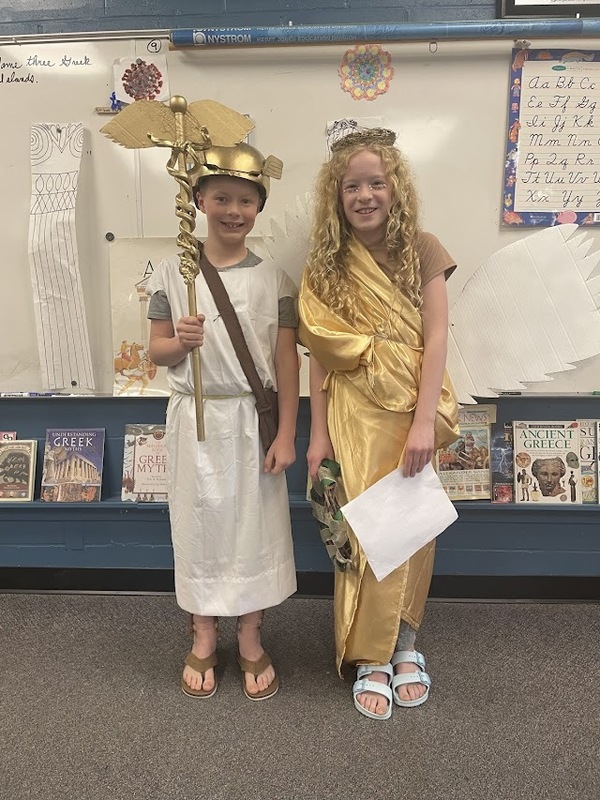 Greetings everyone, I am Aphrodite, the goddess of love and beauty. I live on Mount Olympus with all the other Olympian gods and goddesses. I am married to Hepheastus and I have a lot of siblings. For example there is Artemis, Apollo, Dionysus, and many many more. My father is the almighty Zeus, king of all gods and goddesses, and Dione is my mother. I have over ten kids and I can’t remember all of their names, so some of their names are Eros, Deimos, Eryx, and a lot more. I really didn’t like this, but my father Zeus, yes, you, the almighty king of the gods, made me marry Hephaestus and I did not want to do that. I will never, ever forget what my father Zeus did to me as long as I live.

Now let's stop rambling on about that and move on to some other topic. I have a very smashing appearance as you all can clearly see. Blond, or almost golden hair, ocean blue eyes, perfect curved eyelashes, a constant smile, I always wear jewelry, and I am super attractive. If you were wondering, my Roman name is Venus, although I prefer Aphrodite. I am also able to control humans that are in love and I can control their emotions as well. One romantic and tragic Greece myth I am in is Persephone and Hades. In summary, I, Aphrodite the goddess of love and beauty, am special in my own way. 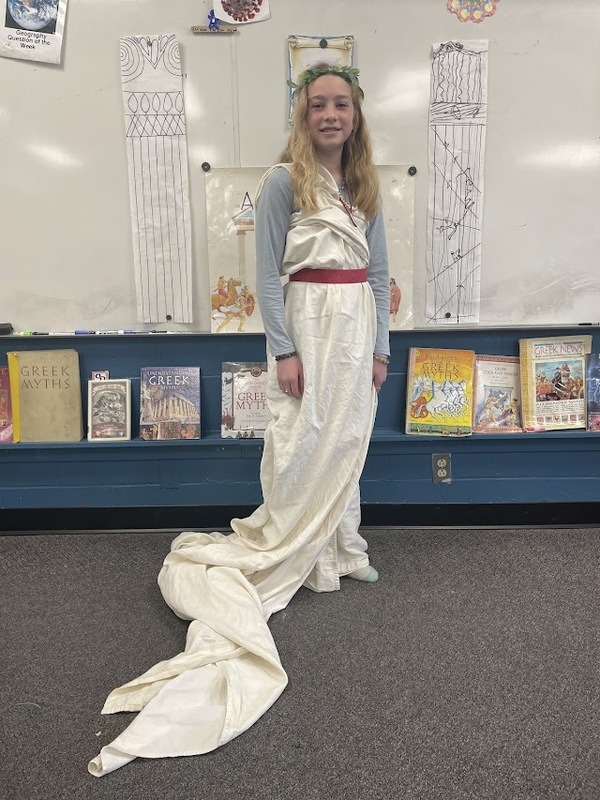 Greetings gods and goddesses, titans, heroes, beasts and creatures. I am the illustrious Phoenix, a creature of immortality. I am a large bird with many colorful feathers but after 500-1000 years I will build a nest made of twigs and light it on fire. Afterwards my body will turn into flames. The flames represent immortality. I also have a special power. I can heal wounds from my tears, it comes in handy when I encounter many dangerous situations. I have a father, Apollo, who lives on Mount Olympus. I am not in any Greek myths, but the Greeks made a story about the origin of my life. I hope you have enjoyed learning about the renowned Phoenix. 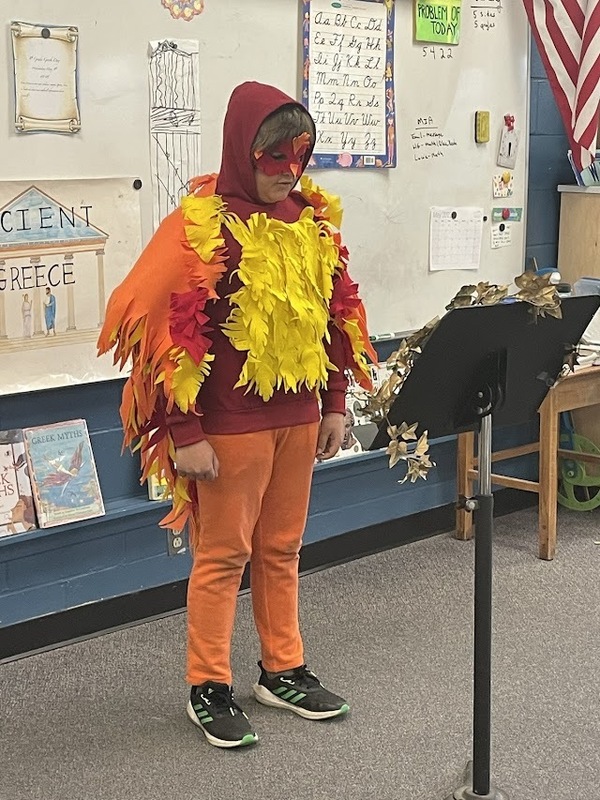 Zeus, God Of The Sky

Hello, Gods, Goddesses, Heroes, and Beasts, I am Zeus, and I am going to tell you a little bit about myself. I am the god of Thunder, Sky, Lightning, Weather, Air, Justice, Kings, Fate, and People. I was the son of Chronos, and Rhea, and a few of my main siblings are Hestia, Hades, Hera, Poseidon, Demeter, and I also have many additional wives and children. A few of the myths you may have heard me in would be: Zeus and Hera, Hera’s Rebellion against Zeus, Zeus and Semele, and also many, many, more. My Roman name is Jupiter, but I am usually known by Zeus. Through infancy, I was the only one of my siblings and me that wasn’t swallowed by my father. The reason I wasn't eaten was because my mother tricked my father by swaddling a big rock in baby clothes, meanwhile, she hid me in a cave under Mt. Ida, where I was taken care of by nymphs and sprites. Later on in my life, I put a potion in my father’s wine, making him vomit my other five other siblings out. Additionally, you might already know this, but I am typically portrayed with a scepter in one hand, and a lightning bolt in the other, and I would wear a crown of oak leaves, and last of all, I usually had a giant shield, known as the Aegis. These are a few of the many things to know about me, and I hope that you know a little bit more about me than you did before. 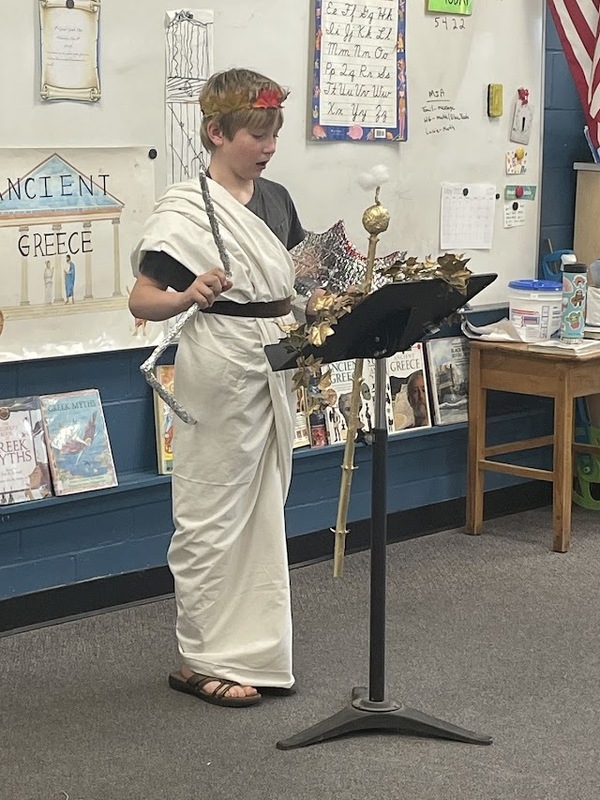 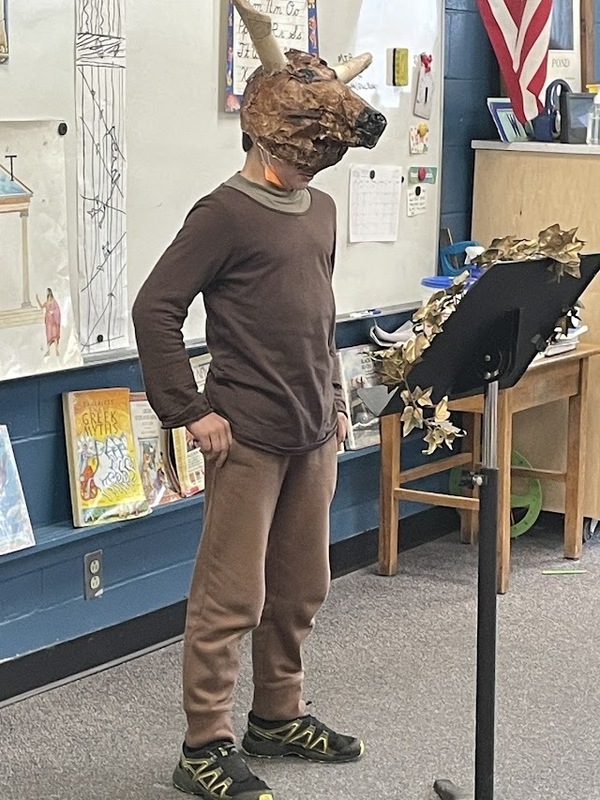