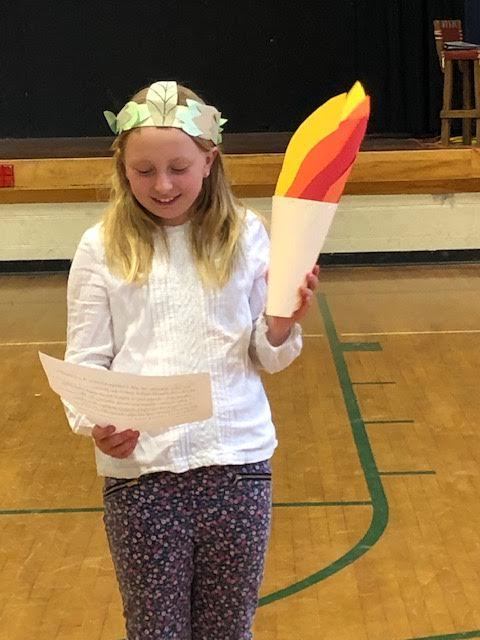 The Olympic Games in Modern Times

As part of our own Lyme School history and an integrative curricular effort between Mr. Dayno and Mrs. Damren, the fourth grade began their study of ancient Greece and the start of the Olympic Games in physical education.  Each student was placed in one of 6 city states, learning about the culture of the Greeks, which includes their participation in various athletic activities that included running, throwing, and other events, as they compete for the laurel leaf crown.

The reading of the oath and the lighting of the Olympic torch kicked off our own Olympic Games.  In their city states, students will take part in such modified events as running relay races, hurdling, the modified javelin throw, swimming (on scooters), and a few more challenges that will allow students to work together as they strive to reach for their own city state victory.