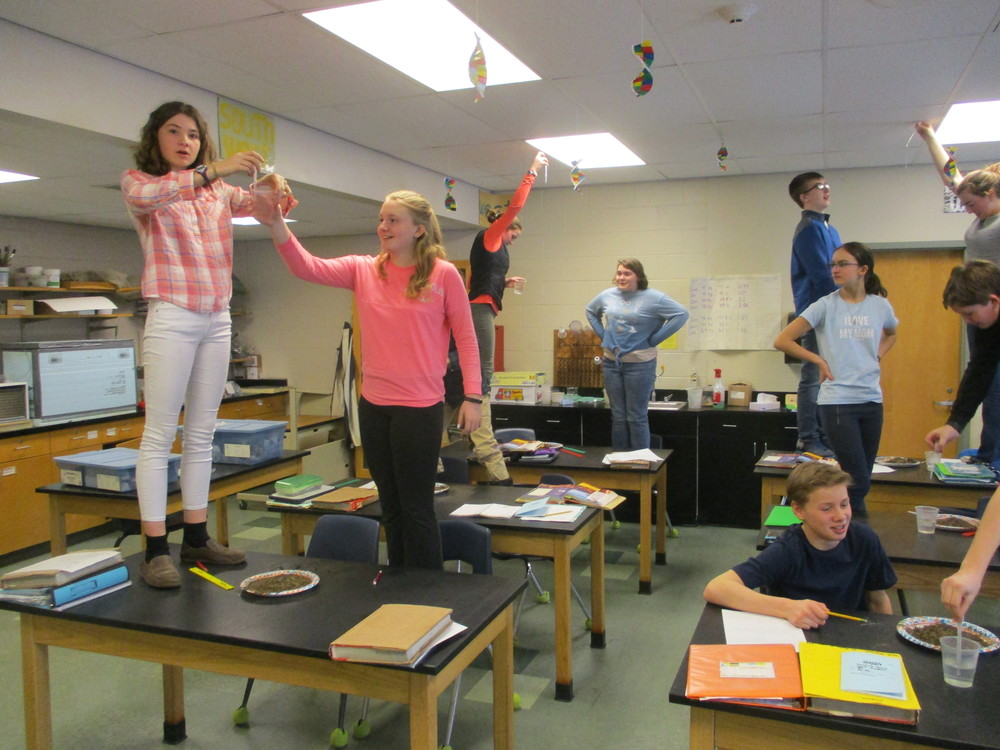 During February and March the eighth graders studied weathering and erosion.  Weathering is an ongoing, usually slow, process that is part of the rock cycle.  To observe its effects, we took a “weathering walk” through town to see how weathering is breaking apart the school, turning the iron cannon to rust, destroying old gravestones, and even splitting a giant boulder.

Through videos about the Dust Bowl, the children learned that erosional events can have profound effects on the environment and people’s lives.  We attempted to model mass movements such as slump, mudslides, rock falls, and creep with gelatin and gravel.  The kids saw many examples of these processes on slides that Mr. Pendleton shared with them from his vacations.

Glaciers are an important erosional force that have had profound effects on our area.  The class saw an interesting video on glaciers and used big chunks of ice to model how glaciers change the environment and leave much evidence such as moraines and outwash deposits behind.

Using straws and cornmeal, the kids modeled wind erosion and deposition.  Later, they planned and carried out a lab called “Blowing in the Wind” during which they tested the effects of increased wind speed and moisture on wind erosion.

Currently, the kids are investigating water erosion and deposition.   They explored the effects of erosion as the result of rain with eye droppers and sand. They did a lab called “Crumpled Paper Watersheds” to learn about the formation of watersheds and how contaminants can easily travel in these systems.