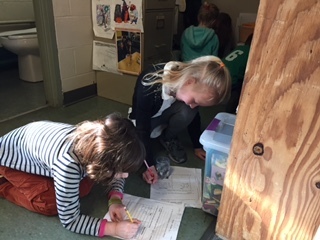 States of Matter in Grade 1

The First Grade had a busy time the past few weeks with our States of Matter Science Unit. We began by observing and recording how long it took for an ice cube in a cup to melt.  Then we used what we learned from our observation to design a way to make an ice cube melt more quickly.

Many students were successful and everyone realized that heat must be added to make it melt (a few even suggested that putting it in your mouth and crunching it up would melt it quickly!)  Some thought that making a nest or wrapping it in a warm material would make it melt quickly, but they soon learned that that did not work.  However, by doing what they did, they gave us good information for our next experiment which was trying to keep an ice cube from melting! 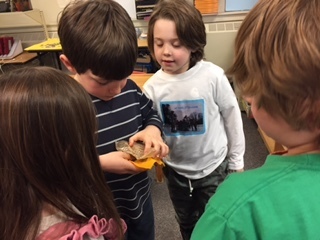 Some students realized that covering the ice with soil and material in a cup would give it the insulation it needed to make the ice melt more slowly.  They got to improve upon their first time of doing this, so we had several days of designing, observing and recording, and drawing conclusions from what we learned.

Next week we will culminate this unit by turning liquid into solid when we make ice cream!