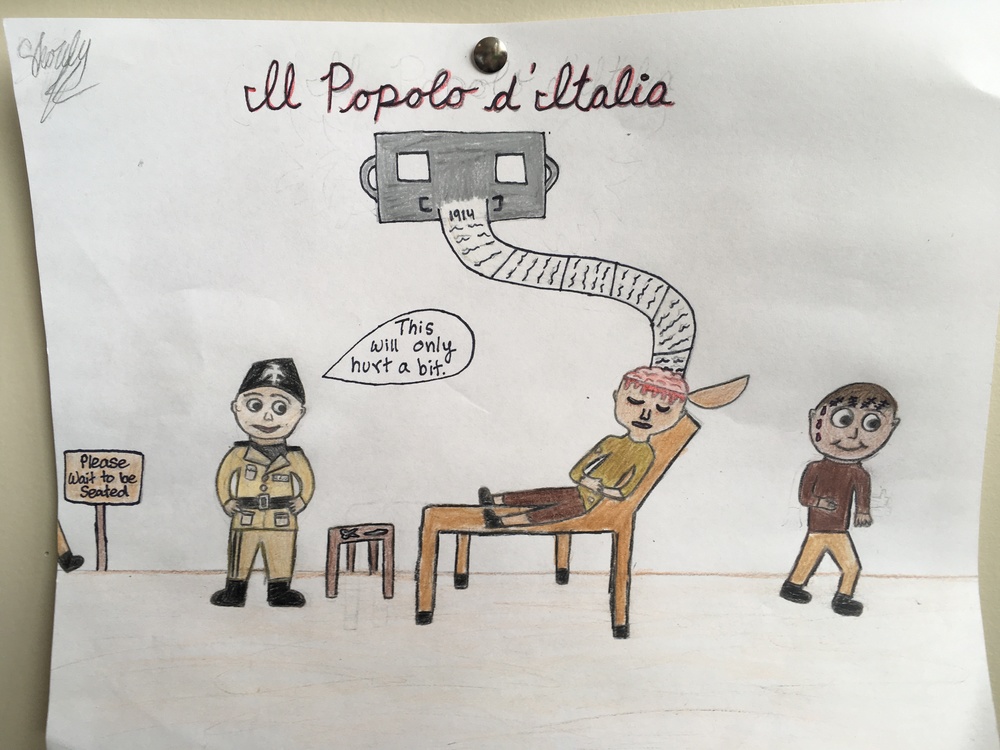 Following a study of major historical events in the 20th century, 8th grade students drew editorial cartoons to demonstrate an interpretation a major historical event, such as the Russian Revolution, Mussolini and the rise of fascism, the Holocaust, the Korean War, the decision to drop the atomic bomb, and the Cuban Missile Crisis.

During the unit,  we looked at many different sources for information including first person accounts, letters, and propaganda. In the photo above, Skouly Kachikis's drawing represents Benito Mussolini’s brainwashing of Italian citizens. The Italian dictator printed propaganda in his newspaper, Il Popolo d’ITalia, and the eventual result was a global rise in fascism. 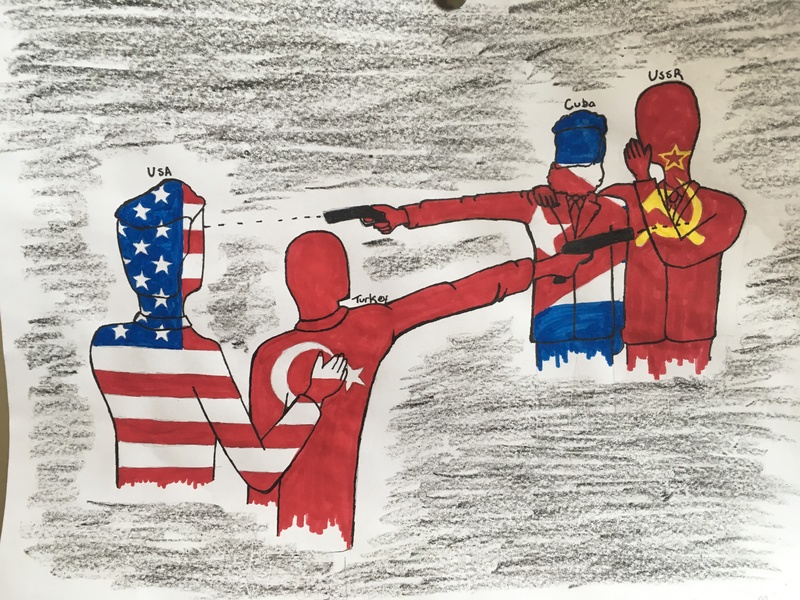 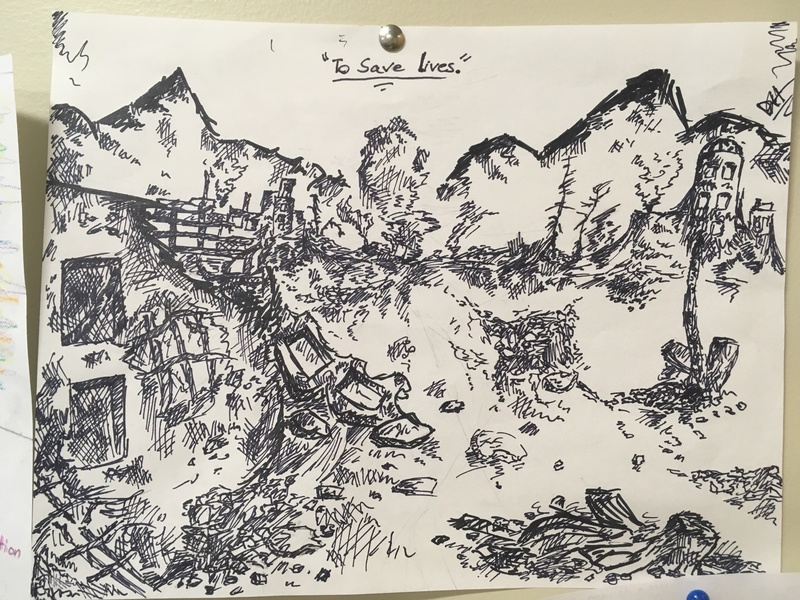