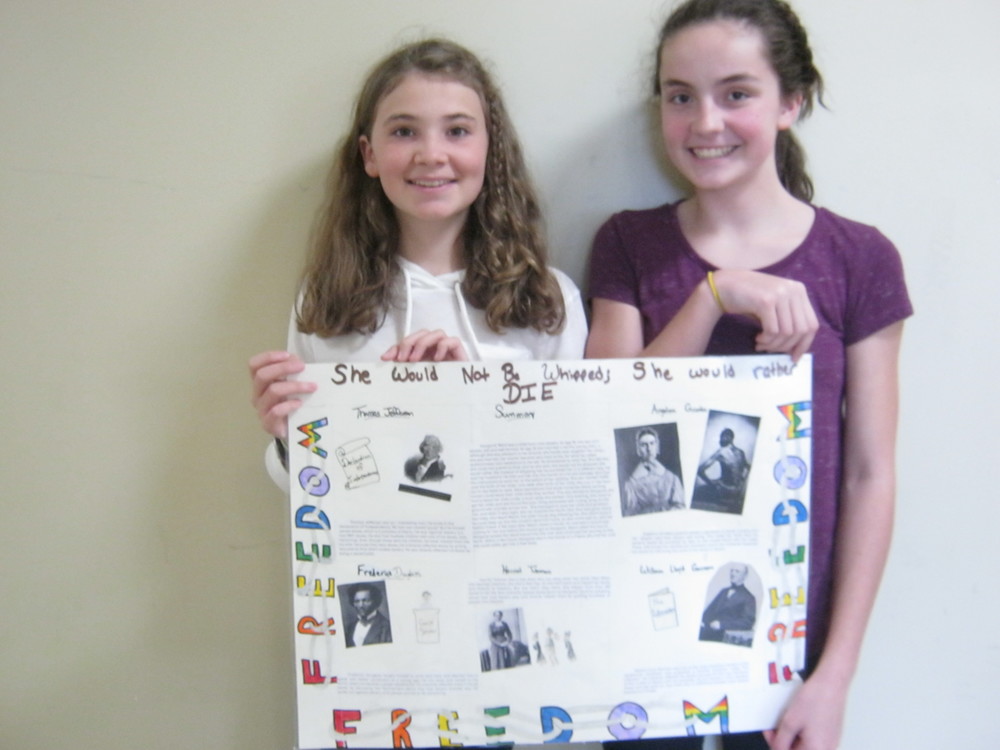 As American citizens, we must study the dark stain of slavery on our historical record in an effort to understand the underlying framework, or infrastructure, of racism in our country. Through education, we can expose the legal and social systems of slavery that subjugated African Americans, and illuminate how slavery led to the discrimination and prejudice of a people that continues to contaminate our world today. The overarching goal in studying this topic is to eradicate ignorance, encourage empathy and acceptance, welcome diversity and end racism.

This particular lesson in 7th grade Social Studies is based on the idea of six degrees of separation, which maintains that all living things are six or fewer steps removed from one another, to the extent that any two people can be connected in a maximum of six steps. Specifically, students learned how historic figures from 19th century America were directly, or indirectly, connected to the enslaved people of the South, and how their connection affected slavery. Their slavery projects illustrated and explained those connections.