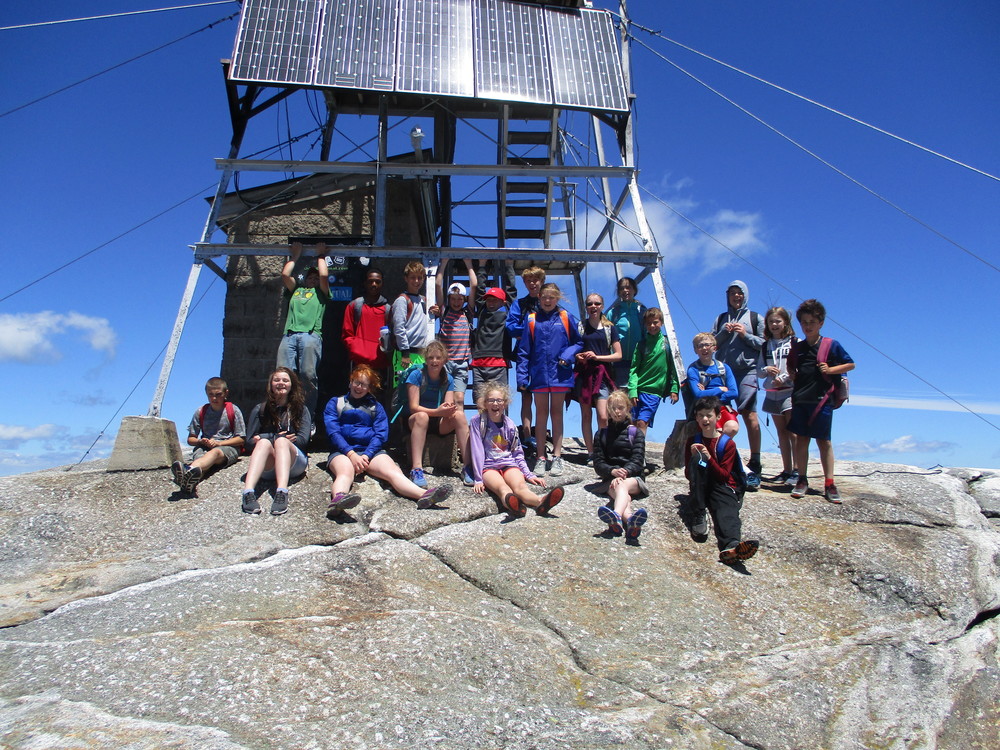 The eighth graders began studying rocks in late November.  They learned that the formation, change and destruction of rocks never ends and is a cyclical process illustrated by the geologic model called the rock cycle.  This demonstrates the Law of Conservation of Matter.  Matter may change, but, under normal circumstances, it cannot be created or destroyed.

During this unit I shared slides of my visit to the Rock of Ages Quarry and Monument facility in Vermont.  The children saw how rock is quarried and finished during the slideshow. They modeled the process of cementation to form a sedimentary rock of glue and sand. Given 12 different igneous rocks, the children examined them for clues about their formation. We visited the local cemetery on a brisk day to see foliated and non-foliated metamorphic rocks used as gravestones. After looking at a box of sedimentary rocks, the children used a classification key to try to identify each of them.

Currently the eighth graders are finishing up a unit on one of the most important theories in modern earth science; plate tectonics.  They “reassembled” Pangaea using fossil clues, rock type evidence, and glacial features.  They determined how many millions of years ago Pangaea existed by interpreting paleomagnetic data.  The children used MicroslideTM Viewers to examine more evidence for continental drift.  Shortly after vacation, the kids will do a final activity called Snack Tectonics during which they will make edible models of moving plates.