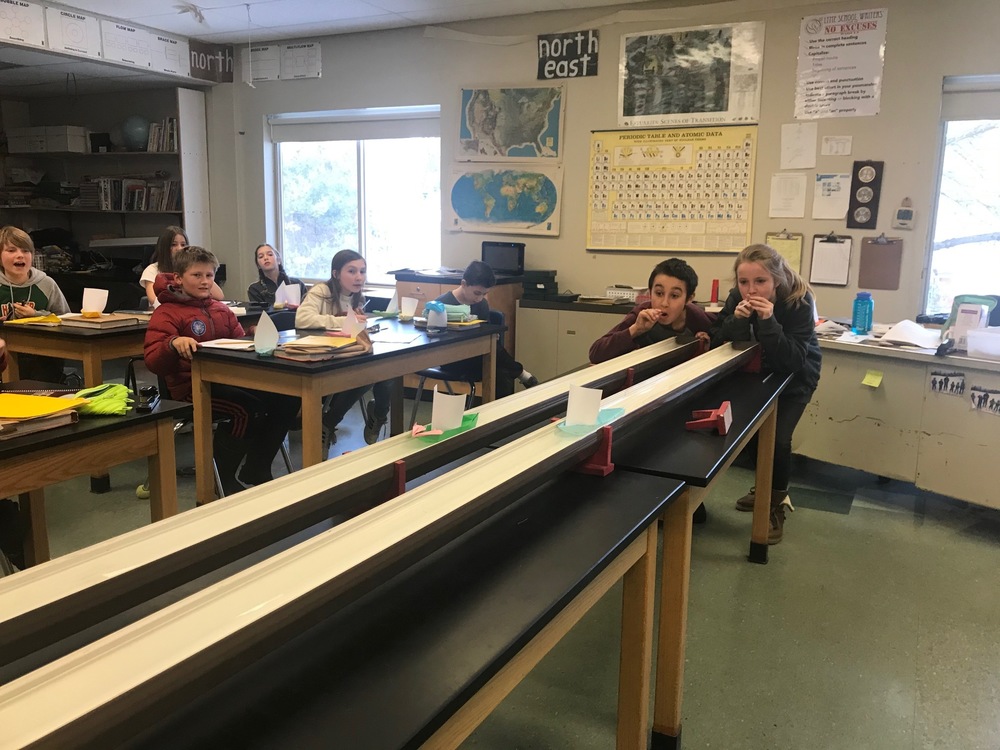 During the weeks following the Christmas break, the children investigated forces and moving objects. They studied the interesting relationship between gravity and inertia by timing the rate of fall of different sized steel balls from a height of two meters. The balls always fell at the same rate! A video of an astronaut dropping a feather and a hammer on the Moon reinforced this concept. We discussed the force of gravity and how the pull of the moon causes tides.

The children determined that force is a push or a pull and that there are basically three types of motion. Other ways that the sixth graders investigated motion were with origami boat races and observing how the action of paddle wheels causes a reaction of forward motion in a paddle boat.

Mr. Pendleton demonstrated how important inertia is by dropping an egg into a glass of water by knocking out the plate between the egg and the glass.  After vacation the kids will design and build balloon powered cars to further their understanding.