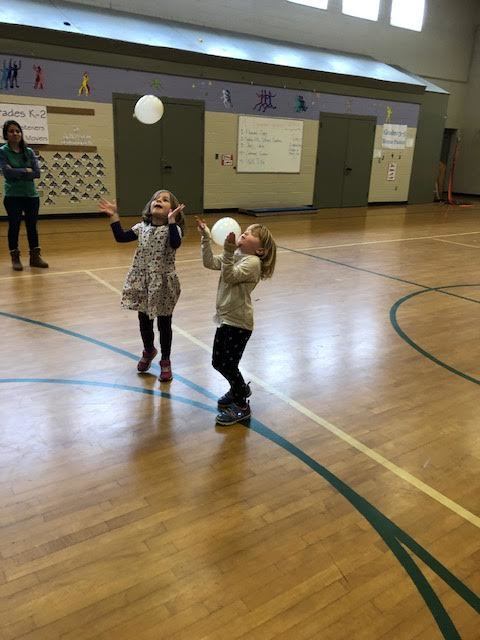 The K-Kids "Pop" using their eyes and hands as a team
Lisa Damren
Saturday, November 16, 2019

Students in grades K-2 began a unit on eye-hand coordination.  This week, we began by using a light object.  Each student was given a balloon to toss and catch, with the goal of not having their balloon touch the ground.  The cue words of "eyes up, pop, catch" were used to help students remember the sequence of using their eyes to watch their balloon, use their hands to "pop" it into the air, and then use two hands to catch their balloon as it floats back down to the ground.

Students worked at a low, medium, and high level in both stationary and mobile positions to build upon this skill, using their eyes and hands as a team.  The sequence of this unit will involve moving from light objects, such as balloons and scarves, to more heavier objects, such as bean bags and small balls.  Tossing and catching skills help students with visual perception and skill patterning. 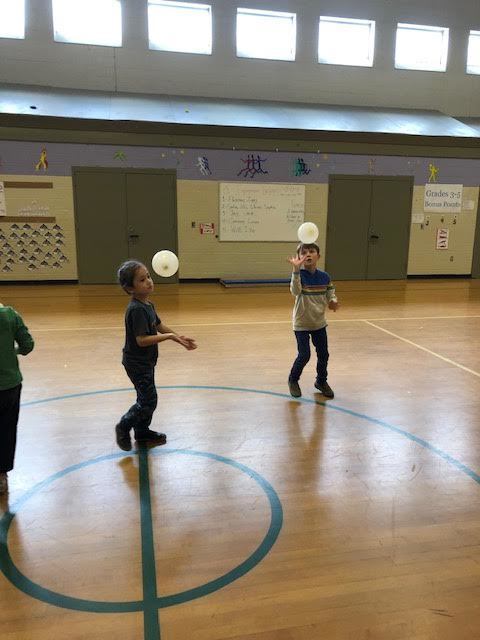