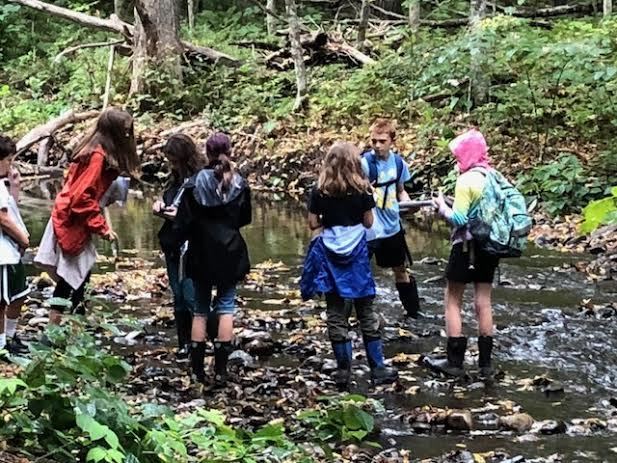 The sixth graders were introduced to the routines of middle school science in their first science classes of the year. They were given the sixth grade science book called Scott Foresman Science, yellow science folders, and little blue spelling books that fit nicely into the pockets of the science folder to use as science notebooks. They learned how to make a book cover from a grocery bag to protect their science text. After that, the children began their first year in middle school science studying the effects of thermal energy on matter.  The unit began with the question “Why does a balloon on a bottle expand when the air in the bottle is warmed and collapse when the air in the bottle is chilled?”

This led to discussions of what matter is made of and how the particles of matter behave when energy is added or taken away.  The kids then explored how thermal energy moves through matter and the environment.  This was followed by the Ice Cube Survival lab.  In this activity the boys and girls each chose one type of insulating substance to surround an ice cube in order to see how long it would “survive”.  We followed up with great discussions about conduction, convection, and radiation.

We had two special activity days during the month of September.  We joined Mrs. Stadheim with new nature journals for a science/language arts foray in the forest near lower Grant Brook to make weather observations, choose sit spots, and tag a tree twig which we will follow throughout the school year.  Parent volunteers Yolanda Burjarski, Chris Bent, and Brigette Cameron presented a fun Four Winds Lesson on the sun and seasons at the end of the month. 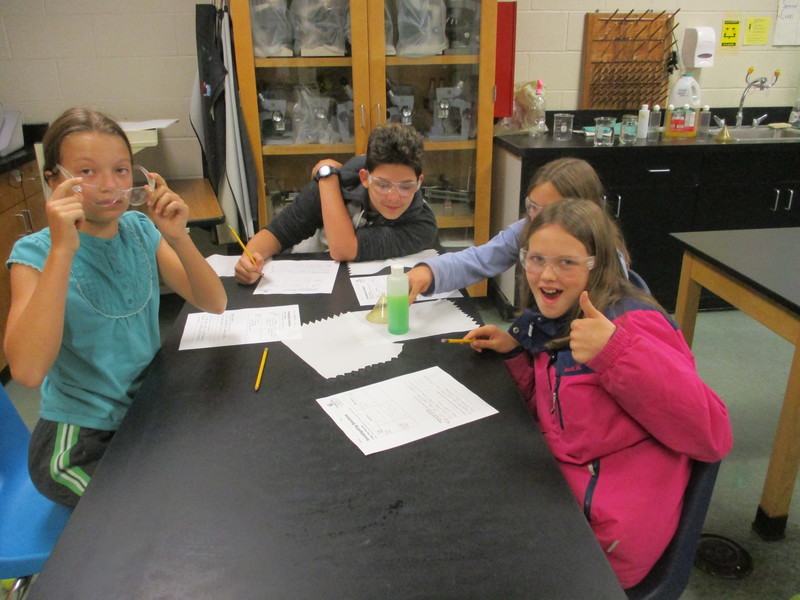 Currently, the sixth graders are exploring mixtures, solutions, chemical reactions, and acids and bases.  We timed the dissolving rates of sugar cubes in cold water, room temperature water, and hot water to try to answer the question, “Why do temperature changes effect the dissolving rates of solutes?”  Further investigations in this unit will involve measuring temperature changes in chemical reactions and using an indicator to determine how basic or acidic a solution is.

Sixth graders have science class on Tuesday, Thursday, and Friday.  They can expect to have homework on Tuesday and Thursday nights.  Please check in with your child about science assignments.  If they need help, I am available during Wednesday office hours, from 7:45 to 8:00 every morning, at recess time, and after school.