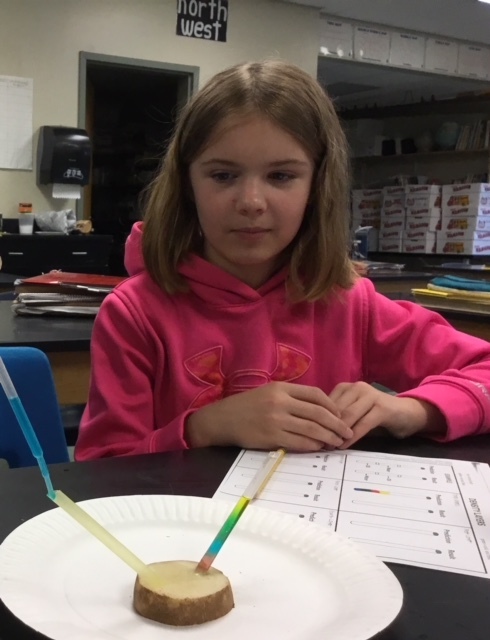 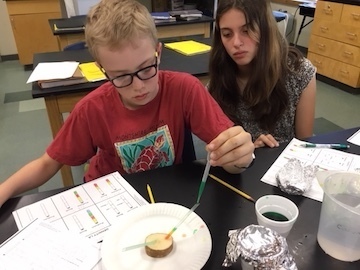 The sixth graders investigated ocean currents this month in anticipation of their trip to the New England Aquarium on Friday, May 18.  The students confirmed that  most of our Earth is ocean by using inflatable globes.  The sixth graders drew worldwide ocean currents onto the inflatable globes.  We also compared humans to the Earth and discovered many similarities. Waters of different temperatures and salinities, straws, potatoes, ice cubes, and other items were used to create models that helped us understand more about ocean currents.