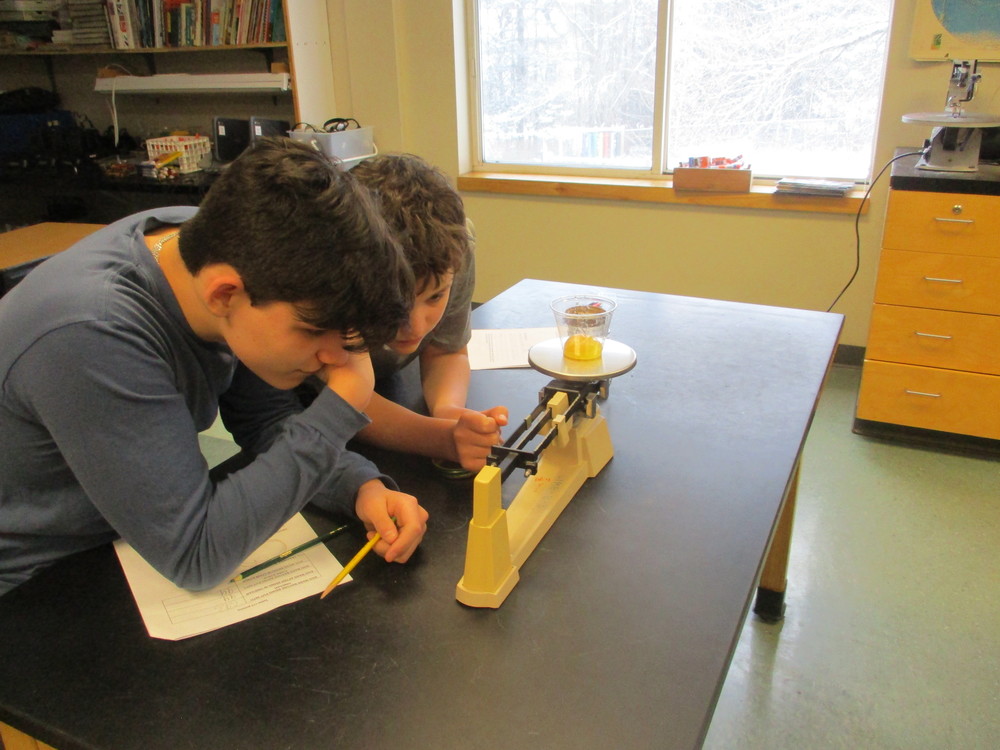 The seventh graders continued their study of cells in the late fall and into the winter months. They observed how diffusion can cause cells to lose rigidity when they placed carrots into salt water.  They learned about selectively permeable membranes when they saw that tiny iodine molecules could pass from a water solution through plastic bags to react with the starch within.

Following this the children learned about the four main types of molecules found in living things.  They were introduced to chemical and molecular bonding. We treated gelatin with enzymes from fresh pineapple to learn how important these proteins are in chemical reactions.  In lab groups they completed a several day experiment to observe the effect of osmosis on an egg cell. To learn about respiration and photosynthesis, the children used the indicator BTB to see how water plants take in carbon dioxide and release oxygen during photosynthesis.

As winter bore down on Lyme, we began a unit on cell reproduction.  The children studied the steps in mitosis and then looked through microscopes under high power to see onion root tip cells and fish egg cells undergoing mitosis. This was followed up with a study of meiosis.  Of course, one cannot consider meiosis without learning about DNA.  As a way to better understand this important molecule, we assembled models of DNA.